Pelican In Its Piety 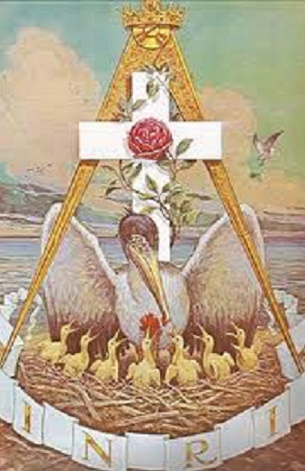 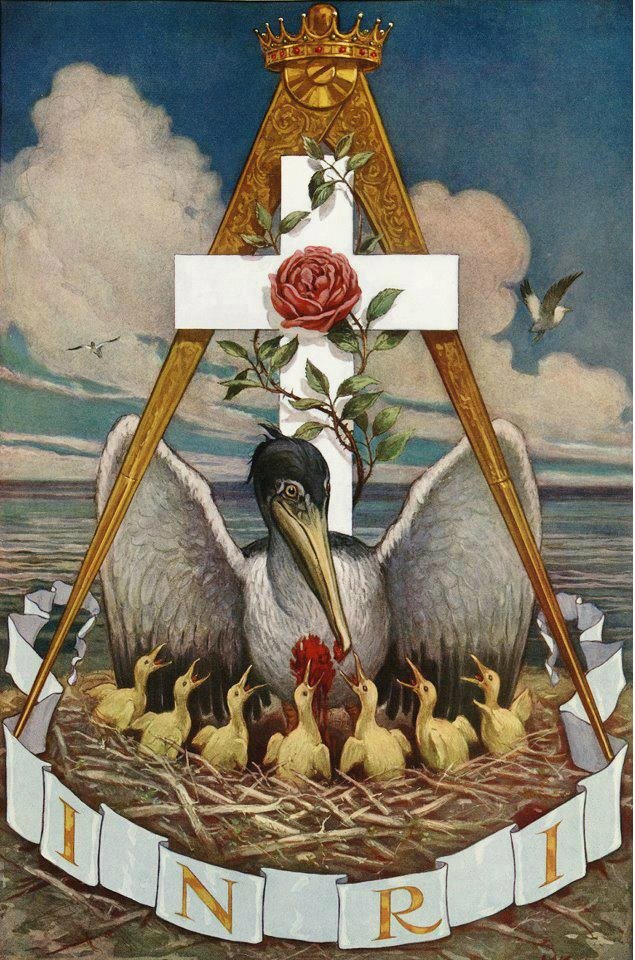 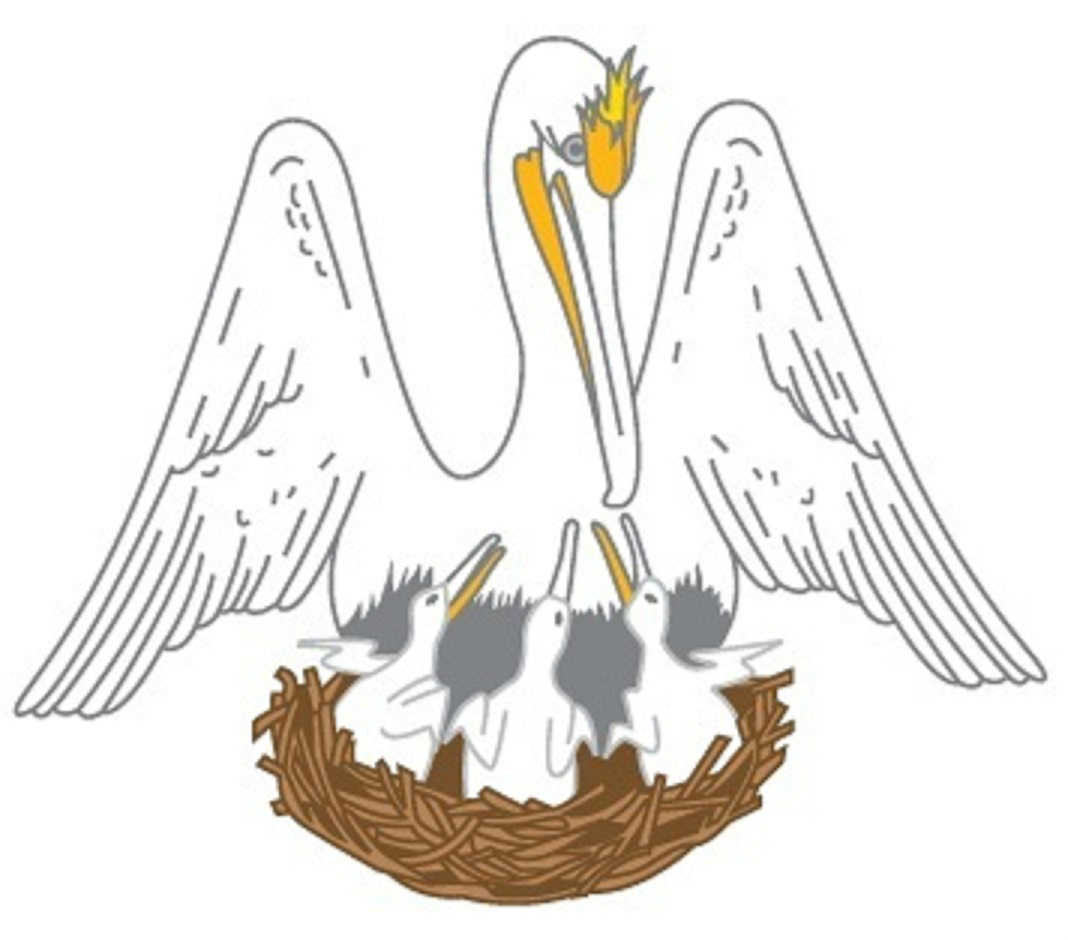 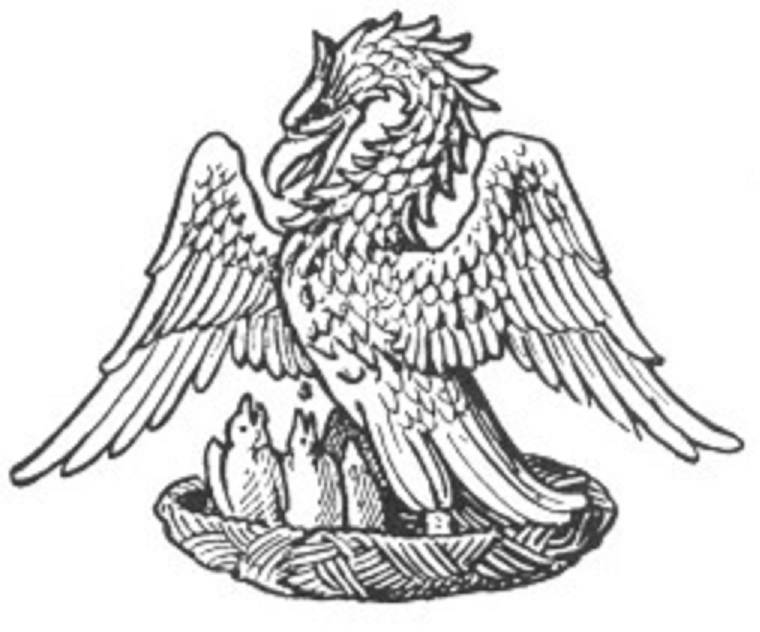 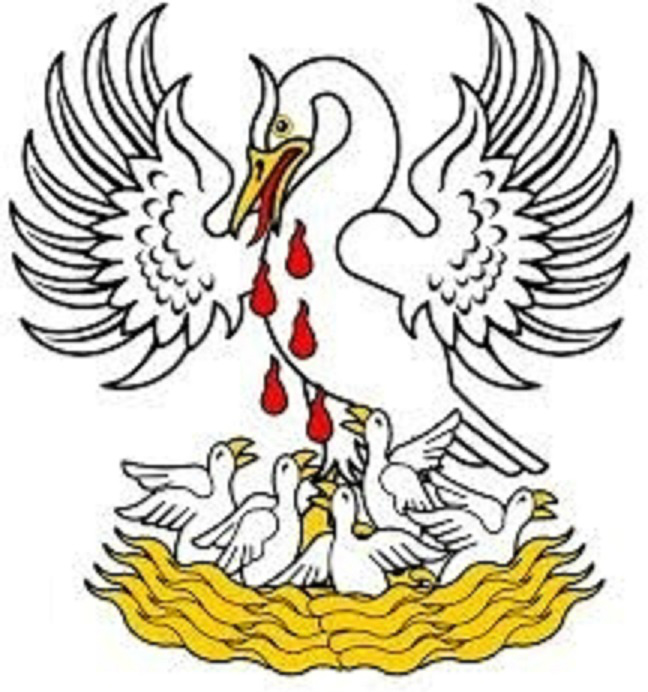 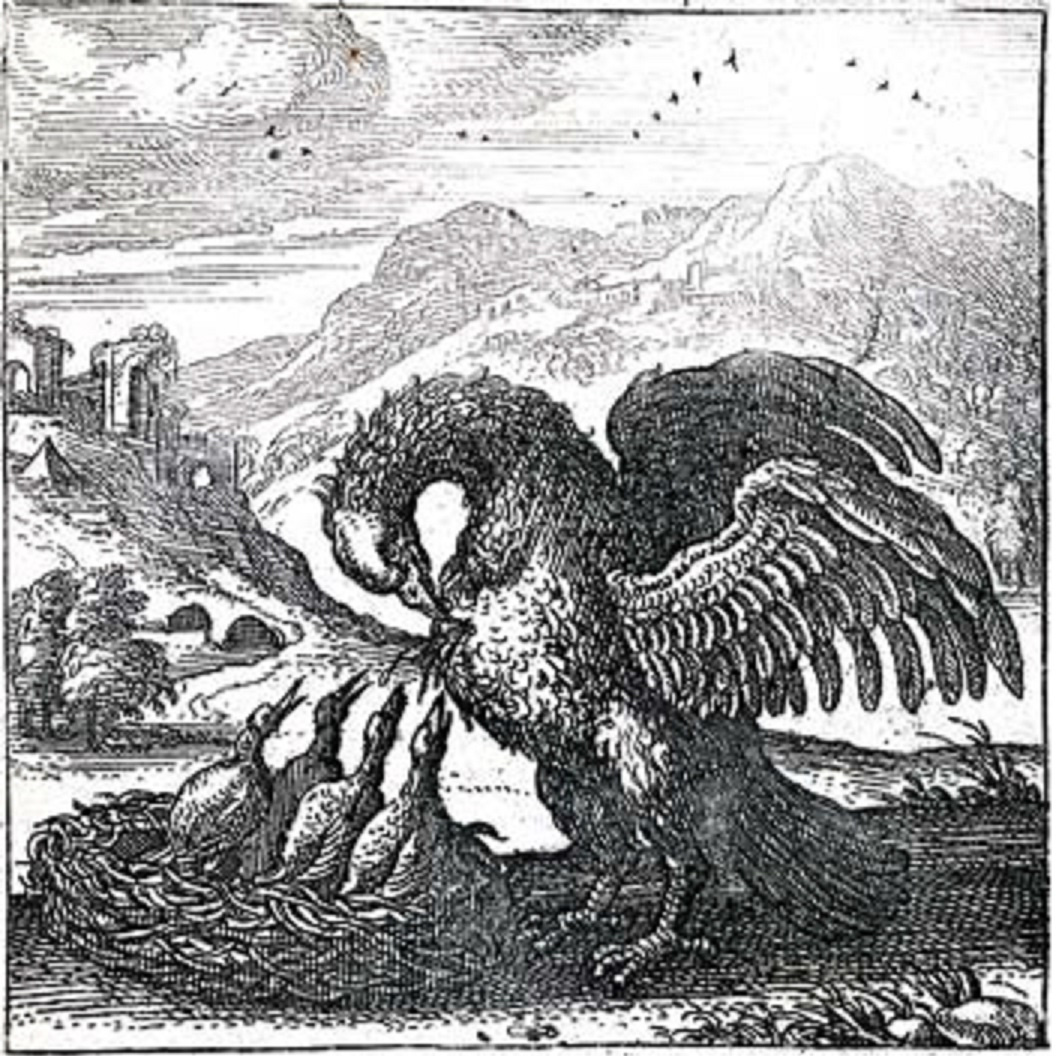 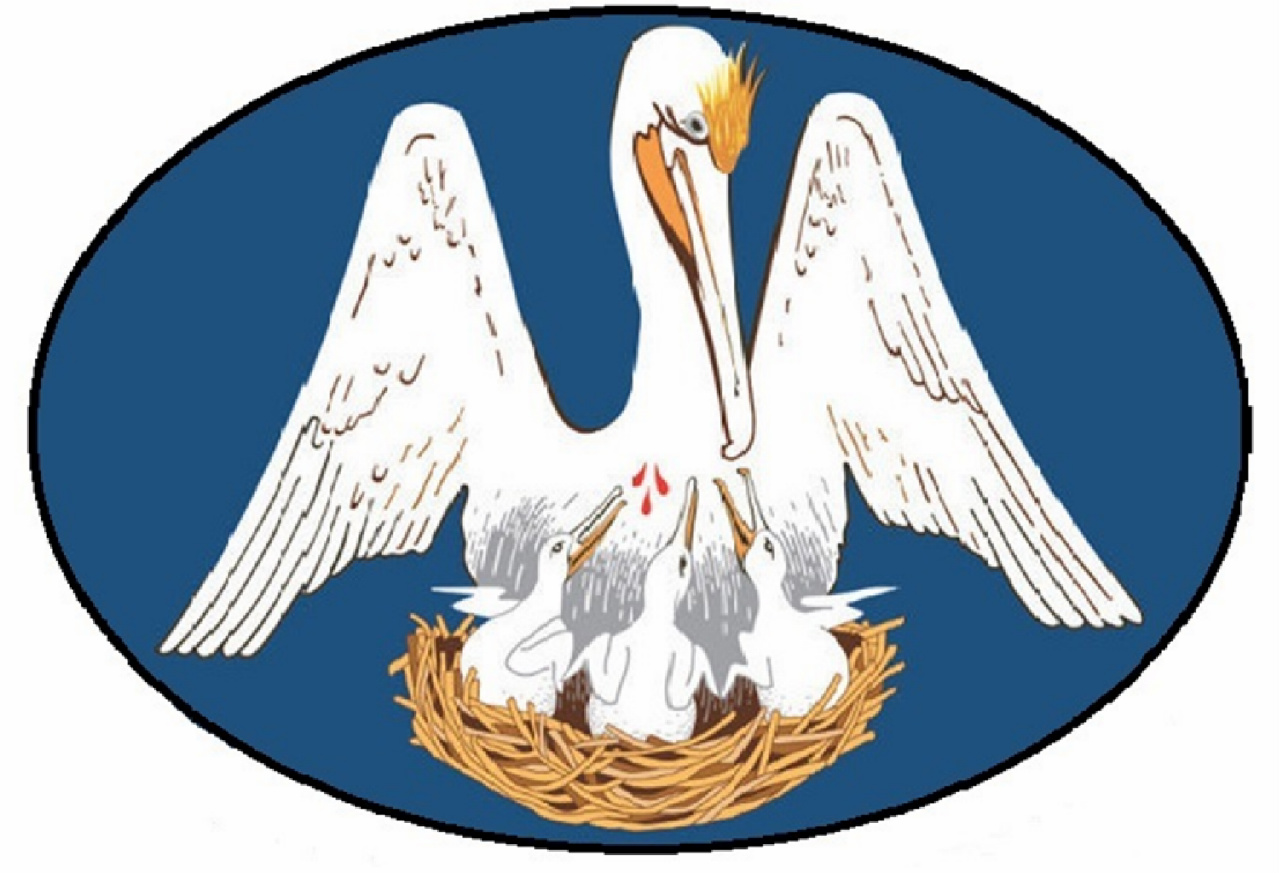 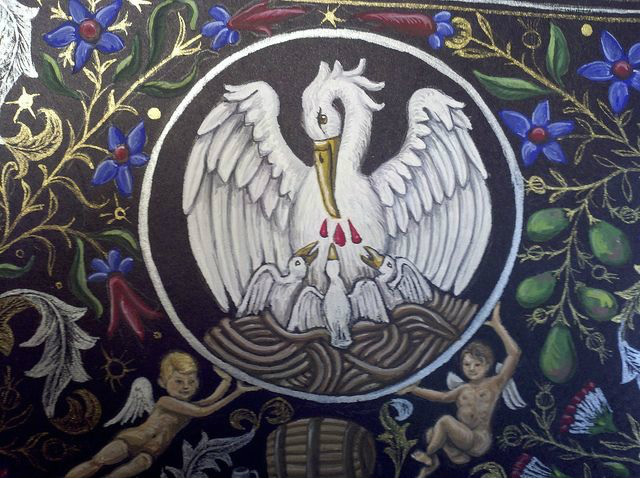 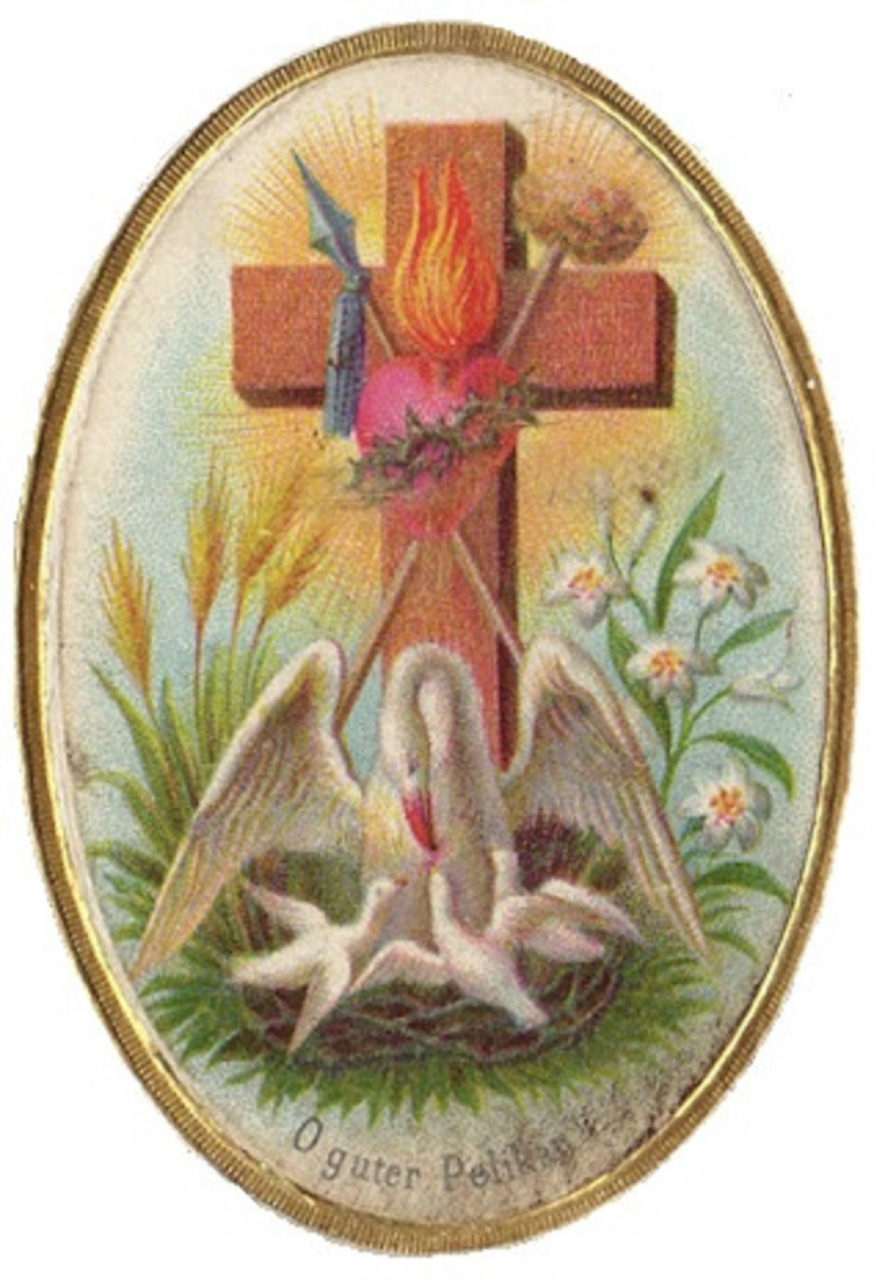 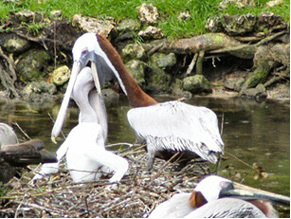 The real thing - a pelican feeding its young

The character ascribed to the pelican is nearly as fabulous as that of the phoenix. From a clumsy, gluttonous, piscivorous water-bird, it was transformed by legend into a mystic emblem of Christ, whom Dante calls "Nostro Pelicano." St. Hieronymus gives the story of the pelican restoring its young ones destroyed by serpents as an illustration of the destruction of man by the old serpent and his salvation by the blood of Christ.

The Pelican in Christian Art is an emblem of Jesus Christ, by "whose blood we are healed." It is also a symbol of charity.

The "Bestiarum" says that Physiologus tells us that the pelican is very fond of its brood, but when the young ones begin to grow they rebel against the male bird and provoke his anger, so that he kills them; the mother returns to the nest in three days, sits on the dead birds, pours her blood over them, and they feed on the blood.

Heralds usually represent this bird with wings endorsed and neck embowed, wounding her breast with her beak. Very many early painters mistakenly represented it similar to an eagle, and not as a natural pelican, which has an enormous bag attached to the lower mandible, and extending almost from the point of the bill to the throat. When in her nest feeding her young with her blood, she is said to be in her piety.

The myth that pelicans feed their young with their blood arose from the following habit, on which the whole superstructure of fable has been erected: They have a large bag attached to their under-bill. When the parent bird is about to feed its brood, it macerates small fish in this bag or pouch; then, pressing the bag against its breast, transfers the macerated food to the mouths of the young ones.

It is said naturalists of old, observing that the pelican had a crimson stain on the tip of its beak, reported that it was accustomed to feed its young with the blood flowing from its breast, which it tore for the purpose. In this belief the Early Christians adopted the pelican to figure Christ, and set forth the redemption through His blood, which was willingly shed for us His children.

I want to join.
Thank you