History Of The Ancient & Accepted Rite 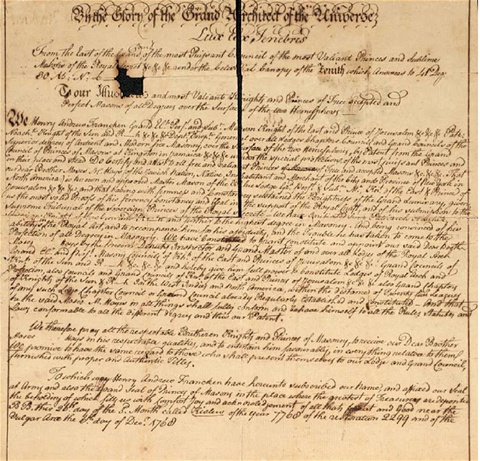 The Ancient and Accepted Rite derives from the Rite of Perfection, which developed in France mainly between 1737 and 1762. Its constitution, and the rituals for its twenty-five degrees, were delineated by Francken in a manuscript bearing that date, though probably written later. 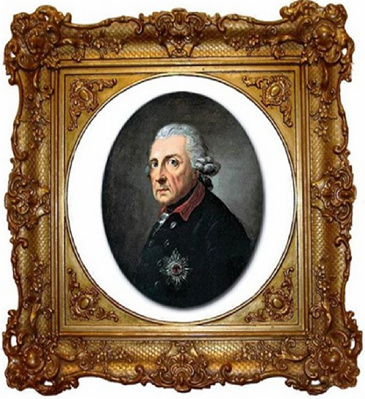 The Grand Constitutions of 1786 (dated May 1786) describe the Ancient and Accepted Rite, consisting of thirty-three degrees, largely as it exists today. These Grand Constitutions were presented as the product of a Council meeting under the titular direction of Frederick the Great (24th January 1712 to 17th August 1786). The original document has not been found, but copies seem to date from nearer to 1800. 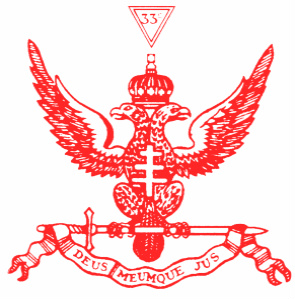 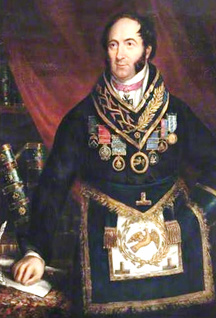 Chronology of the District of Suffolk 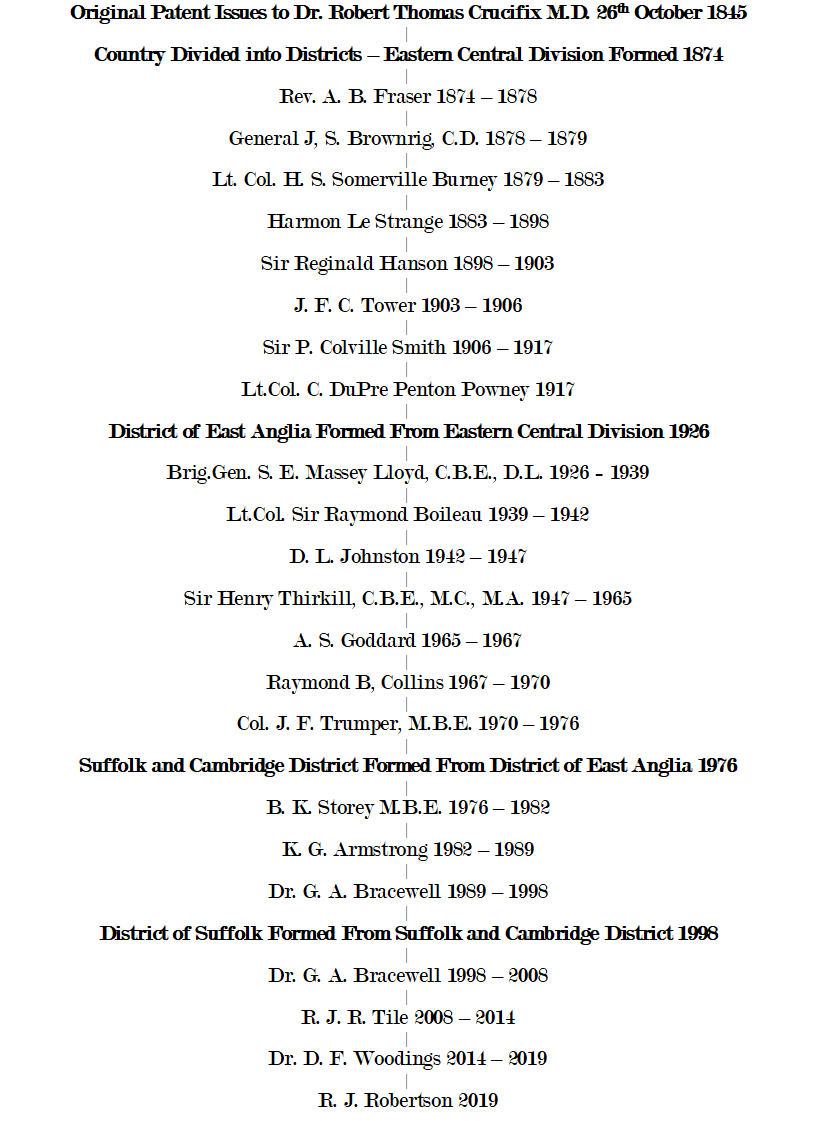 The sovereign power of the Ancient & Accepted Rite in England and Wales is committed to a Supreme Council consisting of nine Sovereign Grand Inspectors General, as prescribed by every country by the Grand Constitutions. It has the responsibility of managing the affairs and promoting the wellbieng of the Order, including the consecration of new Chapters, and of maintaining fruitful relationships with other Masonic bodies, both nationally and internationally. It is in amity with Supreme Councils in many foreign jurisdictions.

Each member of the Supreme Council holds the highest degree of the Order, the 33°, as do some 50 Inspectors General in England and Wales and 20 in Districts overseas, to whom authority is delegated to manage their appointed Districts, and a few others who contribute very significant services to the Order, or to Freemasonry in general. These include the Grand Patron, His Royal Highness the Duke of Kent.

Authority is further delegated to Chapters to confer degrees from 4° to 18°. The higher degrees are generally conferred by the Supreme Council at regular ceremonies, and recognise substantial services to the Order: 30° (including 19° to 29°), 31°, 32° and 33°.

I want to join.
Thank you